Anheuser-Busch is committed to improving the accessibility of our websites for all users, including those with disabilities. If you experience issues or difficulties accessing any information on our site as a result of a disability, we want to hear from you. Please contact us at crg@anheuser-busch.com with your contact information, the web address where you experienced the issue, and a brief description of the problem. This email address is intended for accessibility-related inquiries only. If you have an unrelated complaint or feedback, please visit our support page.

If you've won a bottle, be on the lookout for an email letting you know how to get yours. The bottle shoeboxes unlock during the Championship Parade.

If you've won a bottle, be on the lookout for an email letting you know how to get yours. The bottle shoeboxes unlock during the Championship Parade.

Each bottle is linked to an NFT designed
by Tinker Hatfield himself.

Tinker Hatfield has made a name for himself as the
most iconic sneaker designer ever, and very likely
designed the shoes you're wearing.

Tinker took his love of basketball, Michelob ULTRA,
and his career in sneaker design to create a limited
bottle design that merges the worlds together.

NOT FOR SALE.
UNLOCKS IN CHAMPS' CITY ONLY

The most exclusive drops in the sneaker world
are hard to get unless you have a following.
But, not these bottles.

The 21-22 Championship Bottles will be unboxed in
the Winning City nearby the Championship Parade
Route, giving fans a chance to get their hands on
an iconic collab. 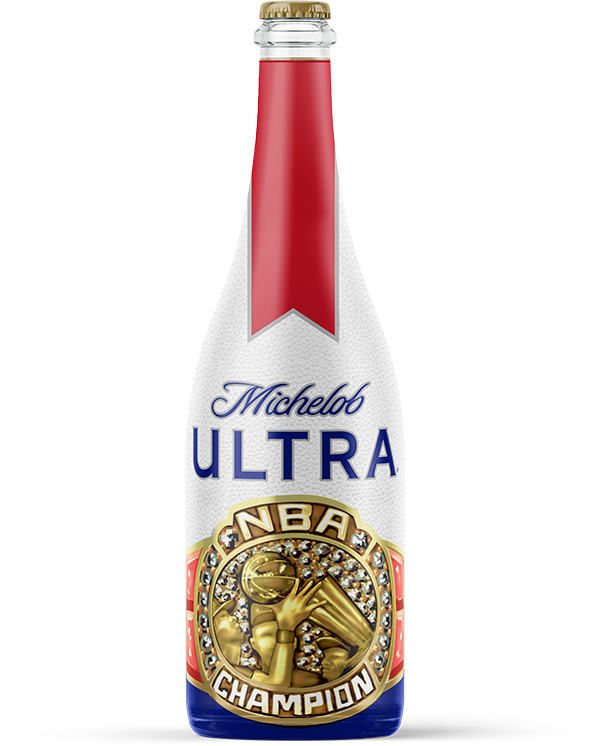 We need to check your ID

You must be of legal drinking age to enter this site

Your data won't be stored or shared

© 2021 A-B, MICHELOB ULTRA ® BEER, ST. LOUIS, MO. By submitting this form, you agree to be bound by the Terms of Service and Privacy Policy. Do Not Sell My Personal Information